Christophe Bervoets (1975) from Beringen studied Biotechnology and works at the Flemish Environment Department on improving the environment.

He was fascinated by drawing from an early age and completed the 'specialisation in drawing' course at the Meylandt Academy in Heusden-Zolder. He developed a love of drawing with pastels and gradually made this technique his own.

In 2006, he participated in the "Alphons Wintersprijs", a competition between Belgian and Dutch Limburg. The jury gave him an honourable mention for his work 'Broken' in black pastel chalk. The jury described his work as: "The jury is obsessed by the subject, by the choice of material (black pastel) and its treatment. The depicted subject shows both the inner broken emotions of a human being and the outer expression of a dancer. The technique, in a single colour, is simple but entirely appropriate to the subject. The jury points out the way the right hand is drawn."

At the 16th Art Salon of the Ministry of Finance in 2007, his pastel drawing 'Jogoo' (Swahili for cock) was honoured with a 2nd prize in the drawing discipline.

In 2008 he was selected for the very first Canvas collection, in the house for contemporary art Z33 in Hasselt, with his work "To the back-To the front", a diptych in black pastel. With this work, he wanted to broaden the viewer's perspective by putting the background in the foreground.

Christophe has always been fascinated by people and animals living in their own habitat. This subject is therefore very often found in his works.

He is fascinated by surrealism, but in his own works he wants to appeal to the viewer's rational thinking. 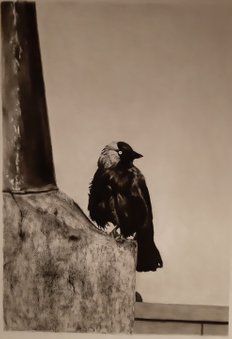 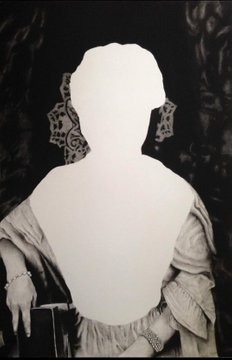 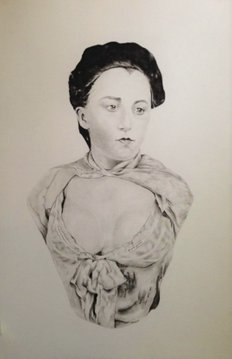 Title: To the Back, To the Front 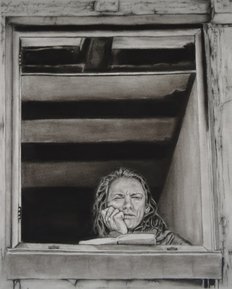 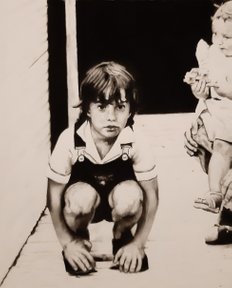 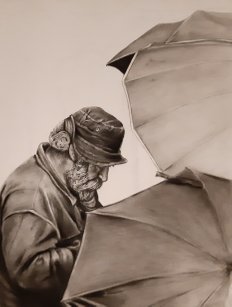 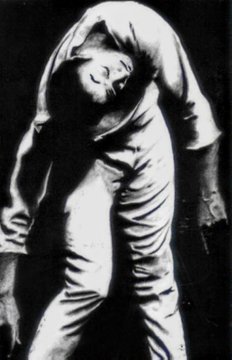