SCULPTOR WITH AN IRON WILL

An artist is nothing until he discovers his true medium. This is no exception for the young artist Toni Marí (1963) born in Javea (Spain, between Valencia and Alicante).

When he was 14 years old he was apprenticed to a blacksmith where he could give free rein to his creative impulse.

Fascinated, challenged and inspired by the malleability of cast iron in its heated, softened state, he first began to fully appreciate the possibilities of using it to work out his ideas.

As a proud Spaniard, Marí's family and friends were not the least bit surprised when he chose the mighty form of a bull as his first subject. In Marí's world, the bull represents creative energy fighting to escape.

Toni creates without premeditation, without anticipating where his work of art will change, without a project.

Living beings are the main axis over which Toni's creative experience develops, and especially man, through which he recreates the fire of emptiness with the volume of anthropomorphic forms, emphasising the anatomy of being.

This, plus his particular vision of three-dimensional form, reaches the observer in a clear, direct and precise manner.

The robustness of the material, added to the fresh and loose execution, the delicate treatment of both technique and concept, make Toni Marí more than just a sculptor.

He is also a communicator, a creator, a clever maker of forms forged from emptiness. 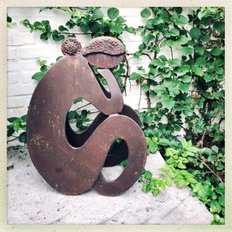 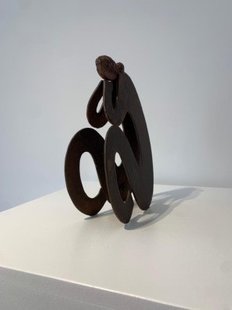 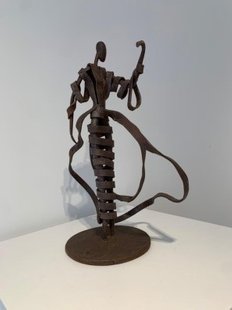 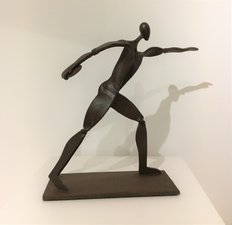